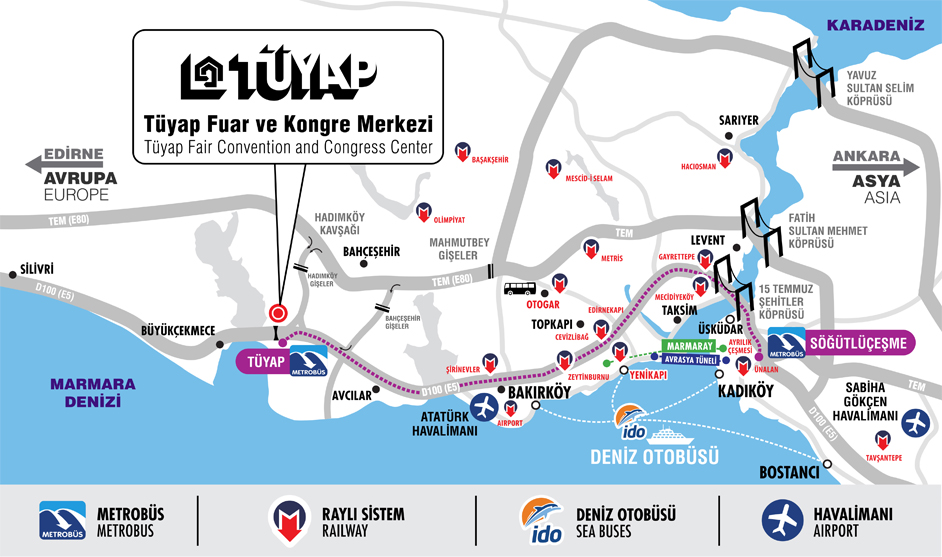 HOW CAN I GET TO TUYAP?

You can easily reach to Tuyap by using the Metrobus (Bus Rapid Transit) system between Kadıköy Söğütlüçeşme and Tüyap Fiar Convention and Congress Center. Tüyap is the last station of metrobus line.

Beside the main stations like Söğütlüçeşme-Zincirlikuyu-Cevizlibağ-Avcılar-Tüyap, you can use metrobus from 42 different station during the D100 (e5) road.

Integration to Metrobus With Rail System

By using the lines below you can exchange to metrobus to reach metrobus Tüyap station: